The Devil in North Carolina -- The Ryan Buell Saga

It amazes me just how far this story has come and all its twist and turns that makes this story so very unique. It isn’t the story people think it is.

The mysterious world of the paranormal brings that sense of magic and wonder and it’s no wonder so many are drawn to want to know more with all the TV shows and movies on the subject.  Now the obvious problem with TV shows is that they are… well… TV shows.  But, the public doesn’t know about the inside world of the paranormal community and the grave problems it has.  In this community, uncovering the secrets behind those unscrupulous people can make you a subject of harassment, stalking, threats and a whole host of tactics that are usually done in a gang like fashion that can be too much for most people.  Luckily, we are not most people.

Now, for some that have been in the field for a while, they are familiar with the Societies. The clubs and groups that people join that are for paranormal enthusiast.  Often times they come with certificates for membership fee or training fee that people show on their walls of being a “certified ghost hunter”.

Certifications that are really not worth the paper they are written on that is.  People proudly announcing their association or membership of these societies and it’s all the rage and has been for quite some many years.  However, in the field, it actually adds no clout or respect of anyone.  So it’s no wonder when a young man goes to Pennsylvania State College and starts his own paranormal society club.  What people don’t know is how they are with each other and outsiders.  This is not the same thing as “teams” that have usually 3 to 10 people in them to do investigations together and share resources.

It’s no wonder that Buell started the Paranormal Research Society, or PRS.  It isn’t the first of its kind by any means and certainly didn’t have the clout of some of the bigger groups run by those much more known in the field for writing or their work.  At this point, nobody would take him too seriously, as he was just a young guy who has a lot to learn.  The rule of thumb back then was that newcomers would disappear in two years after getting bored or frustrated at the lack of finding real paranormal activity.  Most didn’t last and you could almost count on that one fact that only a small percentage stuck with it.  Back then, nobody was on TV.  The local paper was the best you could hope for any publicity or a special segment around Halloween on the local stations and no one thought they would get famous doing their hobby.  Not until, “The Ghost Hunters”.

Suddenly the climate changed in the paranormal with the new TV shows.  A new breed of thrill seekers looking for fame sprung up.  Buell was just on a long list of those vying for fame like it was their ticket to success.  This is still a problem today with those really looking for the fame more then having an interest in the field.  Schmoozing with those famous or thought to be famous is easy and common with these types as they are usually very personable and helpful and will accept calls from just about everyone, (Excluding present company of course.)  After all, they are there to help others, right?  So the focus of some teams, groups and clubs or societies changes and they look for something that can get them on that TV show.  This changes a lot more then people realize.

Now the problems early on in the field that I saw before the TV shows was staggering even back then.  Territorial disputes over who could go where were common among local teams in bigger suburban areas.  Stealing photos or research, even word for word, was often done back in the day.  The societies were fine if you were a liked member.  Leave or upset someone, you might have rival teams or those sent right to your door or your website harassed and lying was ok to get back at someone.

So you might see why I and others see the PRS as something a bit different then just a simple club of people online.  I can tell you it is far more then that.  Now the “director” or “founder” is the equivalent to the king of the realm.  Imagine adding to that king a TV show with a bunch of fame seekers who would do anything just to be part of the show.

One other problem of the paranormal is the ability for some people to USE it for other things other then paranormal investigation.  A dating club, even if they are married or in a committed relationship were and still are common.  Criminals using it to gain items either by going into homes in the dark or telling people their items are haunted and preying upon the people who are vulnerable only because they do not know what they are experiencing and trust these people coming to their home as they appear to be experts.  Sex offenders having great opportunity with people meeting them in the dark in secluded graveyards or homes or abandoned buildings.  People with violent criminal histories or violent tendencies or those with mental disorders or psychological issues who might not be reliable in their mental state because of delusional thinking and hallucinations or the danger some may be to unsuspecting people.  Drug users, who may not act themselves do to heavy drug use or may steal for that same reason.

Let’s face it, Buell’s scamming those fans and believers while claiming to be sick and never having these events FOR THREE YEARS?  Believe me, we were hit and hit a lot for trying to expose him and help stop it all.  But, we never gave up.  We involved people who could take the story further.  We got involved with those fighting for those scammed and trying to assist them in getting their money back and spread the word and even got kicked off of social networks for it.  We involved a local lawyer from the same town as Buell.  We didn’t stop.  We will not stop… ever.

I can’t tell you what kind of things I dealt with just exposing people that need to be exposed and the backlash from people that claim to be into the paranormal but, would seem to lack the sufficient ethics and compassion to truly be of any help to any person truly experiencing a haunting.

I have gotten horror stories from some past PRS members.  I have even some current members coming forward as well to tell their story, by those who are disassociating and coming clean because they want the story out and right now, those people are scared.   I know… I’ve seen it for myself exposing people as I do.  One thing I have learned is the importance of keeping your sources secret.  Death threats are not uncommon.  But for anyone that didn’t realize, the PRS contract in itself is extremely threatening and most would read that and realize the issues of coming forward.  That’s right; they have you sign a confidentiality contract.

I can not at this time go into all I know and all the sordid details, until we know someone who has been scamming the people all these years and doing so blatantly with the protection of many in the field, is held accountable for his actions.  However, I will say that as we go… more and more details surface and am shocked all over again.  There is a reason I chose that title for this blog, as I believe that someone thinks himself the devil and above the law and prosecution, as he mockingly put a cartoon on his page saying, “You can’t sue the devil.”  Apparently we can.

I want to thank all of our supporters, audience listeners, blog readers and the entire network of people especially that have silently and sometimes not so silently assisted in the work we do to uncover this story.  I would like to thank John Albrecht Jr. for his Examiner articles that appeared to really have an affect once seen and truly showing the power of the press in the right hands.  I want to truly bring attention to the person who started the fight way back when whose words now ring true in this very blog… Kirby Robinson, for without him, no one would likely be speaking up and casting doubt on what some of these stars say.  I can, as other now can say, “You were right Kirby… you were right.”

Want to learn more and keep up with the story, follow us here or the links below and listen to our radio broadcast.  The more that read and listen, the bigger our voice to stop the abuse out there and keep the public safe.

Producer of Beyond the Edge of Reality Radio Network 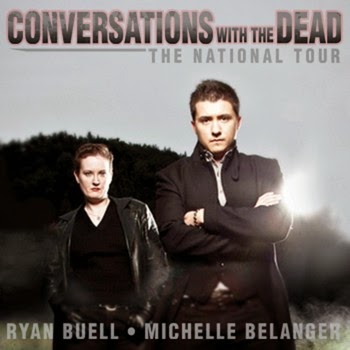 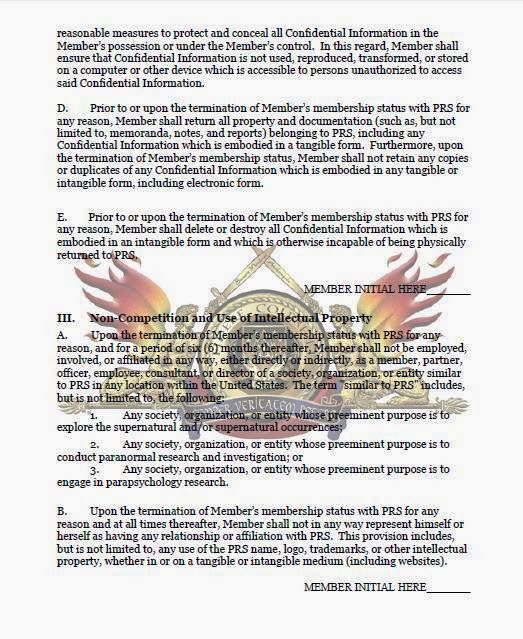 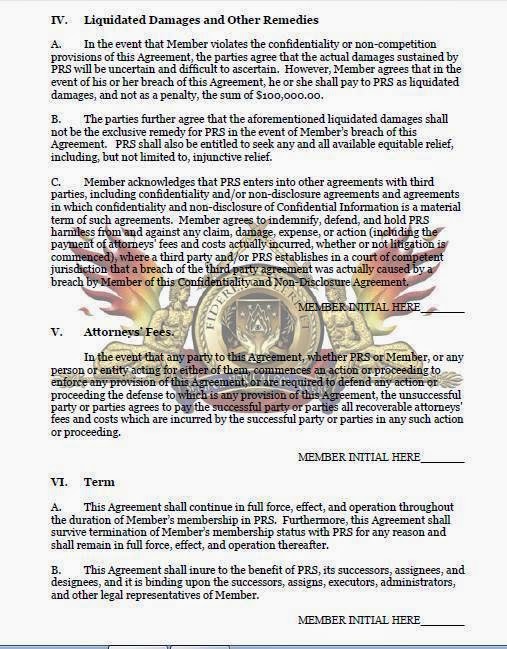 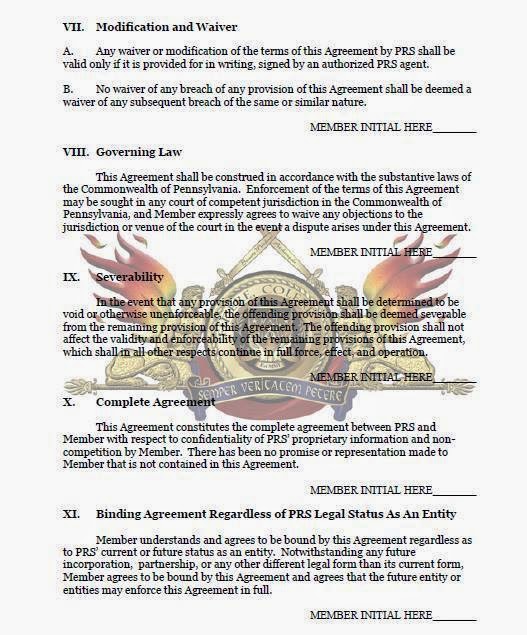 Posted by eyeontheparanormal at 7:45:00 AM

Kirby are you back?

Oh wait, I see that it is signed by someone named "Evan" at the bottom.

Kirby is apparently still on the lamb...

Kirbys in hiding. Even left facebook because of all his scams and lies....

Google confirms that "On the LAM" is correct although the origin of that phrase is disputed...

I guess I should have checked, my baaah-I mean bad.