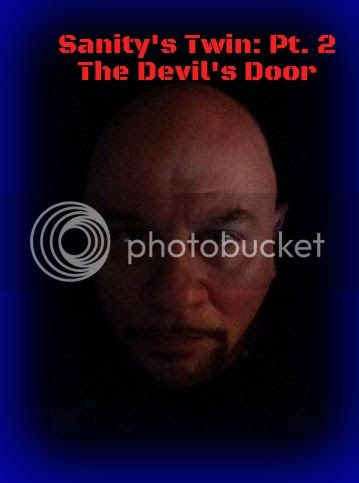 It never ceases to amaze me how we find out about what we do.  It’s like some spirit from the other side just guides us to reveal a deeper connection and story then we would have ever guessed when exposing fraud and criminal activity.


I’ve had the privilege of knowing so many different souls out there and some very surprising people that would absolutely shock you to hear their stories.  I know better then most the truth that lays out there in the paranormal that boarders beyond the edge of reality to seemingly so strange and yet, so mysterious and fascinating that “seeing is believing”.  Yes, I’ve seen things myself and experienced amazing events and I have talked to some very credible people that have too.

But these people we expose, they are not really paranormal people.  They are people looking to use the paranormal and it’s community for their own agenda.  They are not truthful, make things up and you’ll often see them doing things that would point to some not so honest dealings.  Recently, We have found another, whom I wrote about last week.  Now, I’ve gotten a lot of heat for revealing this guy.  People think, I must be wrong and I’m being cruel and even unfair.  Let me just break down HOW we find these people and what we do.

These people have been coming out of the woodwork as attacking us and my network since getting on Christina George.  Now, the fact that they take such a personal interest in the story and often antagonize me by stalking and repeated obnoxious actions tells me something is up and my radar goes off.  I expose people, tick me off, I’m going to at the very least look to see who you are and if you really exist under that name you’re using on Facebook.  It’s what I do.  I make no apologies for it.  There is a reason why someone is really acting all huffy and it usually has something personal to do with it.

Now, when I investigate, I look at what people have out there that they themselves put out there. Frauds tend to be very inconsistent in their lies and they are easy to find.  I usually can find what they are doing, because, much of them tend to be selling something or bragging about themselves.  This is all public anyone can see it without signing into anything web sites and data.

David Rountree, well, he probably takes the cake for alerting me that he’s been up to something in his attacks and actions.  His arrogance is astounding alone and his many posts to people who he thinks are all stupid because they do not share his “scientific” but really often ludicrous way of thinking, has no problem chastising people and calling them dumb.  He seems to not understand a few things doing this.  First, if you call people stupid and act like you’re the only smart one, others will read that and think badly of you.  Secondly, people don’t like rude people period and usually that kind of remark backfires.

Now, what I and Darlene do is risky and we both do not really have any active team in the paranormal.  Anytime you expose frauds you will get slammed back.  It’s part of the process.  We are aware of this and it can destroy a reputation.  Because we care about the field so much, we take that risk and know it well.  We also are targets and get a lot of threats, whether legally or physical threats that include family to some degree and those we are associated with in groups, as friends or as supporters.  However, the fraud exposing is strictly Darlene and I.  The buck stops here folks.

So, as you see, the fact that David reacts this way and then aligns himself with those we have exposed, especially being that he was once a Paranormal Police member himself and is now aligning with one of the first fraudulent psychics that was uncovered many years ago, seems to say to me, there is a reason to truly check this guy out.  AND, we did.

He has on several websites different listings for his education.  In fact, it ranges from a Associate degree, Bachelor’s degree, Master’s Degree and then of course PHD, that he told people of the Paranormal Police back in 2007 or 8 that he had just received but, obviously didn’t.  Now, to top this off, the dates scatter back and forth as if he had a Masters and lost it and then only had Bachelors and on more educated sites where there may be PhD’s actually conversing on the site he put only his Associate degree behind his signature.  Now, why would anyone do this?  I think he needs to show what degree he really has once and for all.  There are many sites complaining he does not appear to have any understanding of true physics and doubt his expertise for his books or radio interviews.

It turns out that David was at the time he threw out his attacks on us, he was promoting events that Carol Malone was doing.  Now, Carol Malone injected herself into the stolen statue case and attempted to extort money from the owners of the statues when during a radio broadcast done by their own side, had Christina admitting she had the statues and that she had never given custody to Carol Malone or her lawyer as she had previously stated.  Meaning, Carol was lying and attempting to exhort money for an appraisal she could not have had done.

The events she is doing are indeed done with the same playbook Ryan Buell did for attempting to collect money 60 days prior.  Or as Buell did, postpone and then cancel the event. If they are doing this with that many days prior to an event means that the buyer may lose their money if they cancel the event and will have no recourse to collect their money due to Paypal policies and that of many credit cards.  Generally, venues are booked before tickets go on sale and that is the right way to do business.  Anything else is risky if the dates can not be locked down for the event at the venues, keeping in mind that the Tombstone event that takes place in 2015 has several venues on the same days.

Now, the rest of the bunch that seem to be posting with David are actually part of the Christina George following that seem to be sticking up for her, (she was previously mentioned as being a fake psychic who had stolen two ancient statues claiming they were demonic and involving John Zaffis name in the mix).  One of her biggest supporters being Lord Rick Rowe, who is a pot smoking, odd fellow that has a stalker web site of anyone he doesn’t like by the name of Theatrical Clowns whom has been stalking people since 2007 on there.  He has no problem threatening, lying, manufacturing evidence as well as harassing anyone that bother’s Christina.

There are several others that he has aligned with that appear to be connected in what they are doing. This is what we call the Paranormal Underground whose main purpose seems to be to shut us up any way they can so they can continue to scam, defraud and pilfer money out of the paranormal community.

Let me also make this clear, while some are connecting John Zaffis to certain alleged involvement with stolen articles, Darlene and I do not believe him to be involved any more then have been contacted by email and never having the items and know he actually has been in contact with the family who had the items stolen.  We have also been seeing some people attempting to say we are slamming John Zaffis or even other celebrities.  We tend to be very vocal in our oppositions and if you can’t see it readily like on this blog, it’s not something we are saying. I have no personal complaint with John Zaffis, though; I do like to tease about haunted objects.  That is not meant as a slam against John Zaffis by any means.  I’m just joking.  That’s just me and my sense of humor.

If you want to know more, read our other blogs, join or like our pages and stay tuned to The Eye on the Paranormal. 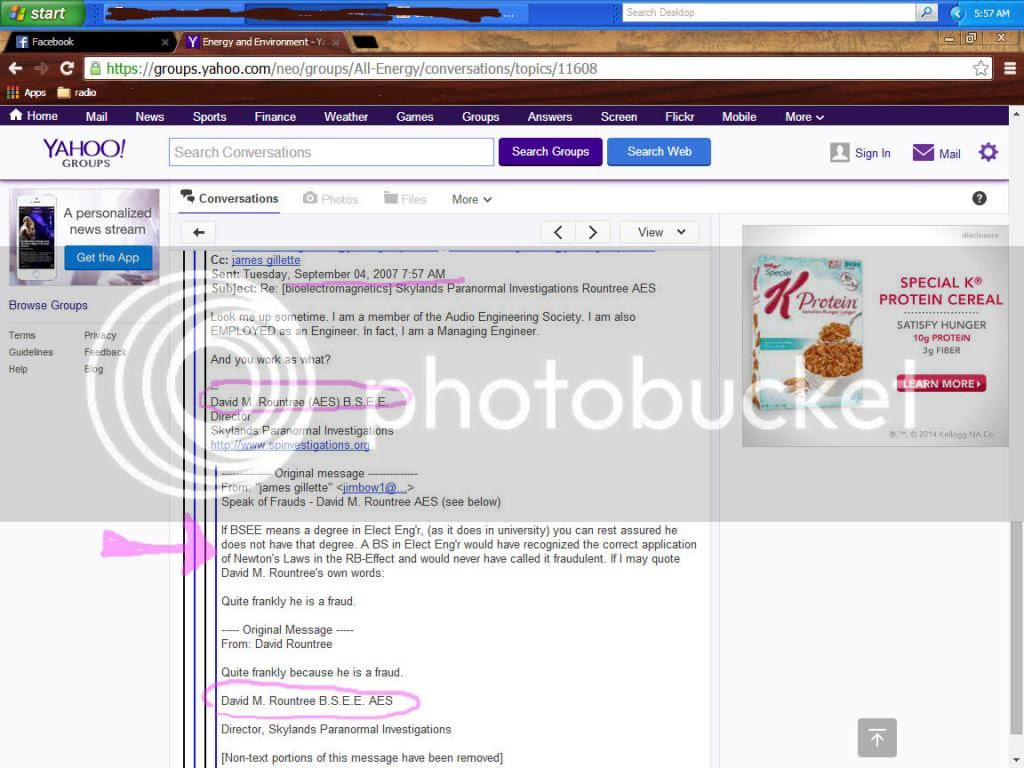 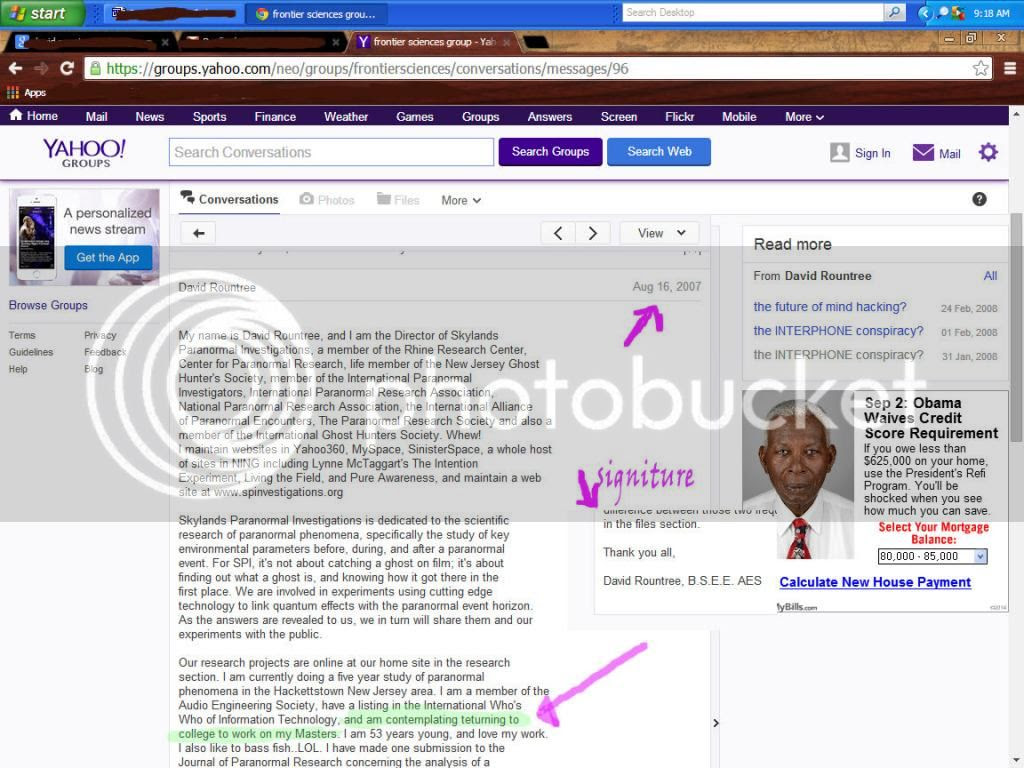 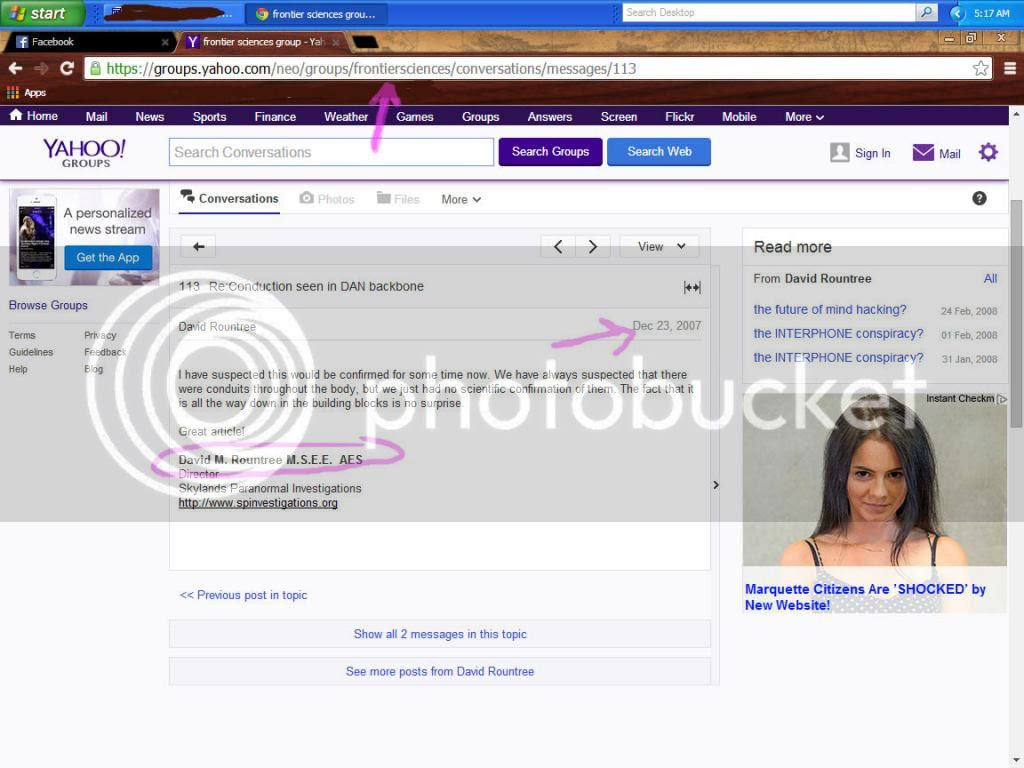 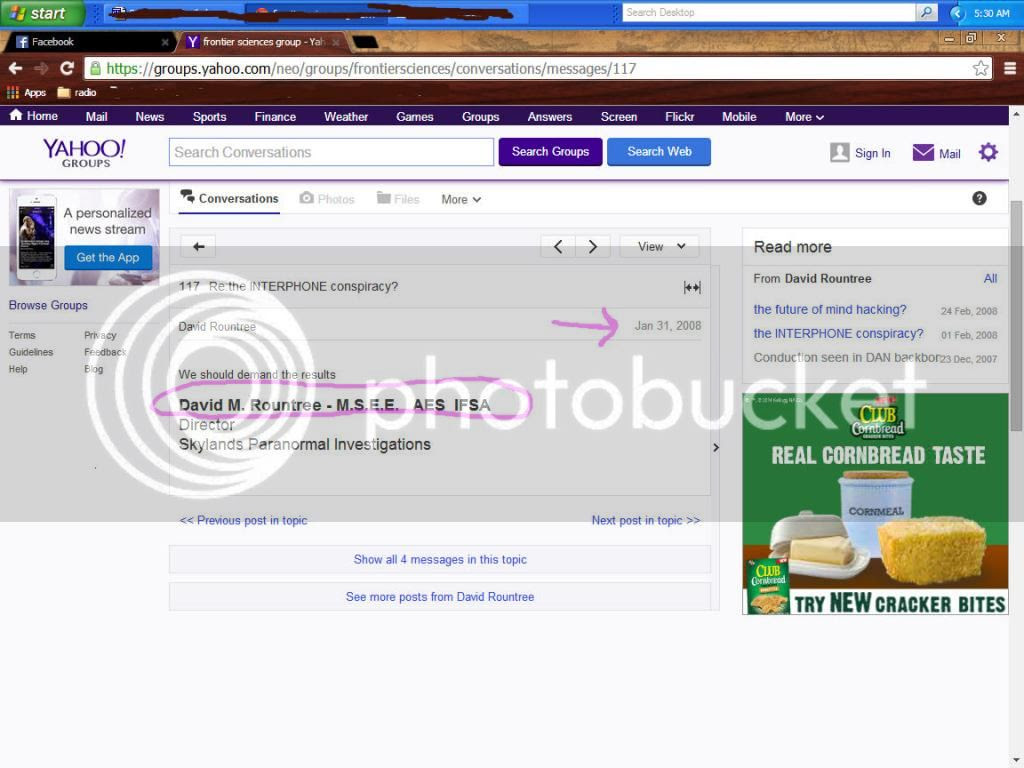 By Evan Jensen, Producer of Beyond the Edge of Reality Radio Network

Part 1 Sanity's Twin: Kissing Up to the Devil


Blogs  (Watch for more information on these articles on our blogs.)