Beyond the Edge Goes Over the Edge

By Kirby Robinson
A man goes into a shop to get a psychic reading.
When they sit down to start the reading the man pokes the psychic in the eye.
"Why did you do that?" Cried the psychic.
"Well, if you were psychic you'd have seen it coming!"
I saw this coming, a long way off but I saw it …
I was supposed to be a guest on Beyond the Edge Radio featured on the Paranormal Planet this Sunday from 8 to 10 PM. This radio show is hosted by Eric Altman and Lon Strickler. It seems they are more interested in keeping the fake para-celebs, con artists and paranormal predators happy than in delving into the truth.
Nor are they interested in taking part in a discussion/debate. Like all the other fakers they just want to stamp out any voices that disagree with their views and the views held by the para-fakers.
So let us start from the beginning. When we first published "Paranormal Reality: Investigating Paranormal State" in February 2011, we sent out press releases to many radio shows. We sent one to Beyond the Edge radio which read:
A&E's Paranormal State claimed it was a paranormal reality TV show that dared to go beyond what Ghost Hunters and other paranormal TV shows explored!


"Paranormal Reality: Investigating Paranormal State" by Kirby Robinson and Lisa Maliga is the first book to take a candid and critical look behind the scenes of the A&E program, Paranormal State. This show featured members of the Penn State Paranormal Research Society led by Ryan Buell and a cast of para-celebrities such as Michelle Belanger, Chip Coffey, CJ Sellers, Lorraine Warren, and Chad Calek.
This book uncovers secrets about what went on behind the scenes, and it answers questions about the show's validity. In almost every single episode the reader may find one or more of the following: staged scenes, planted or falsified evidence, fake exorcisms, and crew members masquerading as experts. We learn of clients who were ridiculed, and those who were promised help but were left with more problems.
The authors scrutinize Ryan Buell's book, "Paranormal State: My Journey into the Unknown" co-written with Stefan Petrucha. They uncover discrepancies when it comes to what really went on during the filming relying on hours of extensive video analysis and candid interviews with confidential informants who were on the set during filming. Current and former members of PRS, para-celebrities, paranormal investigators, and clients featured on the show have also been interviewed.
"Paranormal Reality: Investigating Paranormal State" will reveal a side of the show that viewers weren't ever intended to see.
Steve Hembree of Claranormal [Claremont Paranormal] reviewed this ebook on Amazon. He writes, "The authors do a masterful job of breaking the television show Paranormal State down show by show, segment by segment, scene by scene, revealing that which almost everybody misses consciously. Amazing."
Kirby Robinson has been involved in the paranormal field for over 25 years. Much of his time is spent helping people deal with demonic hauntings. Kirby has performed numerous house blessings and exorcisms.
Lisa Maliga has published four novels and a short story collection. She has written a wide variety of articles ranging from Buddhism to celebrities to pet care and web design. Specializing in aromatherapy and soap making, she is writing a book about handcrafted bath & body products.
This innovative e-book is available on Kindle, Smashwords and Nook.
http://www.amazon.com/Paranormal-Reality-Investigating-State-ebook/dp/B004OEIXAM
By reading this press release you should get a clear idea of what the book is about. If you invite someone onto your show [and if you caught my interviews done on many shows like Paradacity, Dave Schrader's Darkness on the Edge of Town, Grand Dark Conspiracy, etc. you'd know that I'm very cordial and non-combative on the matter]. So we can assume that Eric neither reads with comprehension nor listens to anyone other than para-fakers and his own ego.
Last month we received this email from Eric:
Hello Kirby,
Going through our files of guests for the program, I was re-reading your email and would be interested in having you on our show to talk about your book and your experiences with Paranormal State.  We have open dates in January and the end of February if you are interested.  I do apologize for not getting back to you sooner, our guest list has been quite extensive and going through emails I realized I did not respond to you in a more appropriate fasion.  My co-host Lon Strickler and I would enjoy having you on and if you are still interested and willing, our open dates are January 22 and 29th and February 26.  Please let me know if any of these dates would work for you.  The interview would run from 8:30 pm to 10:00 pm eastern time.  Thank you again for writing and I look forward to hearing back from you.
Regards,
Eric Altman Beyond The Edge Radio


He claims to have read the press release, he knew our position and who we talked about in the book, yet he invited me anyway. So, I accepted. The truth needs to get out there and we have a new book coming out on January 30, "Paranormal State Exposed." This book deals with more deceptions and the issue of a possible pedophile being featured in season 5.
But that little voice kept telling me there would be no show.
KNOCK! KNOCK!
WHO'S THERE?
Well, if you're a psychic you'd know!
Last Thursday and Friday, I sent out invites on Face Book to the show. I took some time to listen to a past show to get to know the hosts and get a feel for the show. Eric stated that I was going to be on and talk about what went behind the scenes, secrets we uncovered, etc. We'd be talking about the para-celebs featured on the show. Below is a list of people that I would have talked about: the fakers and real deals:
Ryan Buell - Fake
PRS Team - Fake
Chip Coffey – Fake
Chad Calek – Fake
Christopher Moon - Fake
Lorraine Warren – Fake
Tony Spera – Fake
Michelle Belanger – Fake
The Constantinos – Fake
CJ Sellers – Fake
Father Jim - Fake
Ken Arrington - Fake
John Tenney – Real Deal
Adam Blai – Real Deal
Keith Johnson - Real Deal
Sandra Johnson - Real Deal
Shannon Sylvia – Real Deal
Father Bob Bailey – Real Deal
Father Andrew Calder – Real Deal
Over the past few days we'd received the usual threats and warnings about watching our step etc., concerning Beyond the Edge.
On Wednesday, Eric sent me a request for a photo, bio etc., which I happily sent. But that little voice said no show Sunday -- you can work your current case that night.
On Friday night we got this email from Eric:
Hello Kirby,
Due to circumstances that were brought to my attention today and the high number of emails I have receieved today, I have decided to cancel the interview that was scheduled with you on Sunday night.    This is in regards to postings that were made on various blogs and websites attacking numerous individuals in the paranormal community.  My show is not about that, and I do not want any involvement or associations with such forums.  I know many of the people that have been attacked by the forums, blogs and websites and do not want our show associated in any type of attacks on any one in the paranormal field.  So out of respect for friends who contacted me privately, I am cancelling our interview for Sunday night.  Regards,
Eric Altman
If Eric had the guts to say what he should have said it, would read like this:
Duh! I learned you’re the one behind the EYE ON THE PARANORMAL. You posted on Ron Tebo's SCIFAKE about all the fake para-celebs who are my pals and all the scams they do. I got emails from them telling me if you are on the show they won't be my pals or do my show. I will be blackedballed. I like hanging with all these fakers and their zombie fans will not listen to my show anymore. You can't do my show. Since you only post on the eye and scifake you guys talk about the truth about these people and we can't have that. My show is not about the truth. It's about keeping people in the dark and helping my pals scam the public. To tell the truth I'm not sure what the truth is…But, hey if you ever sell out then you can be on my show.
Question: Why is the paranormal media worse than the mainstream media?
Answer: Mainstream media only has a bias against conservatives, while the paranormal media has a bias against the truth.
One would wonder if you're such good pals with so many fake para-celebs that are still connected to Paranormal State and PRS, why not have them on with me? We can get to the truth. Oh, I forgot, you couldn't understand the truth. Because it's not to your advantage.
So, Mr. Eric Altman, you can keep doing the same old tired show where the truth will never be spoken. The real paranormal media keeps digging for the truth… like why did Paranormal State allow a possible pedophile into clients' homes? Why did they allow him to hit on clients, members of the crew and the public? Why haven't they turned this matter over to the police?
Much more to come …
Posted by eyeontheparanormal at 5:50:00 PM 24 comments:

Email ThisBlogThis!Share to TwitterShare to FacebookShare to Pinterest
Labels: beyond the edge, eric altman, lon strickler 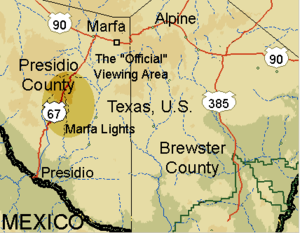