OK, that's it... I'm finished... I'm done.... I have had it... enough is enough.... and then I see this guy, and you know what? I just can not let it go, I HAVE TO SAY SOMETHING and I have to do something to let folks know!! I have to take a stand when I know few will, because when one person stands against these people, others will feel comfortable to publicly stand against them too, until there is a crowd and a roar in opposition to these scammers, thieves and abusers. I'm speaking of Dr. Reverend Bishop Jerry Williams Demonologist or what ever title he is calling himself in the moment he decides to use his many fantastical and fictitious titles he lavishly bestows upon himself without any credentials to back it up.


First of all, I did a bit of digging and have found that Dr. Jerry Williams is NOT even his name. His name is Gerald Blanchard II, married to the CEO and what ever other title SHE uses Virginia Blanchard. So how well can you trust someone calling themselves Bishop or Dr. using a fake name? How much can you trust those credentials? YOU CAN'T!


You'll notice below that Jerry or Gerald, signed the different documents for Brett Watson, from Australia the self proclaimed demonologist and exorcist. Now, if he did not use legal names in the signing of the documents, how realistic can they possibly be? Because in my world and just about everyone out there, if a legal document or some sort of credential is signed by a fake name, IT'S FAKE. Plain and simple there.


You'll notice that there is a CEO Virginia Blanchard signing these documents. It's easy to have family sign documents that are fake after all. On another paper, it's signed Deacon. Why the inconsistent titles on her and her husband Jerry Williams (aka Gerald Blanchard)?


You'll notice that at one point Jerry signs Reverend and then Bishop. Or how about how the right to do exorcisms is before getting ordained? Now, everyone can do prayers and exorcise demons in certain circumstances because prayer in itself can do a lot. But, that is not always the case and even clergy will have to do more then one ritual to rid demons, whether through oppression or possessed (which is very rare.) However, does the public want people who have fake credentials at a time when they are likely to be fearful in a situation they believe there is more going on? Why fake anything? WHY? It leads me and I am sure a great many people to think that there is a not so good reason to not be honest. Being a liar certainly is not conducive to dealing with spiritual warfare and dealing with demons and really puts those who are dealing with them who trust those professing to know what they are doing and have real credentials at risk. It also makes me feel that these people are the ones that are not likely to believe and in reality are taking advantage of those needing help.


As for the others signing the certification for Brett Watson, well, we found one such person who appears to be a DJ for the Bar that Virginia (Jerry's wife) works at. How convenient that is, and suspicious. It's easy to take a title and just use it... with no right or training or work to have earned it. I call these people “pretenders”. They just assume anything that is convenient for them to do that works into what it is they are trying to get, like your money.


Jerry Williams has a online school teaching demonology and exorcism and sells the certification and ordainment to this. But, should he be? If you have to lie about your own name, how well is that looked upon by society, never mind God and let's face it, it is fraud and may even be criminal with the way he is selling ordinations. The documents are not worth the paper they are printed on.

With the exorbitant price for classes on top of that, well, I am not the only one thinking people are being ripped off here and taken advantage of by a guy pretending to be clergy and a doctor or PHD that just isn't. But, don't take my word for it, ask him yourself for his pictured ID or drivers license and his paper work proving he is who he is. If you are taking classes from this guy or paying for certification or ordinations, you should be sure that what you are paying for is indeed worth your money and means something and you should have every right to ask the teacher for his/her credentials. I'm pretty sure they have no valid ones.


It's a real shame when people take the trust of people looking for help or those wanting to do something meaningful to help others and use it for their own gain with a school like this. Now, the plot thickens, as Brett Watson is now the owner to this online school called crisedu.com. So these two are in it together as partners it appears.


Now, when people trying to be something bigger then life and have a bunch of titles or expertise that seems in consistent to what is possible, you have to question them and ask why they are truly doing what they are. I have no problem with people trying to earn a living, if done so honestly, but, if you have to lie to do it, especially when it comes to pretending to be clergy or dealing with demons, it's plain wrong and just about everyone would see that. It's just not rocket science here.


You want to be a minister, be that, but, don't lie about it. You want to be a doctor, go out and take courses and earn a real PhD that means something, don't just assume a title and think the public will be ok with the lack of education, because, they will not.


It always amazes me... just what brings me back again and again... to have to say something and expose yet another con... another person who reflects badly on the people who are real clergy that deal with the public truly trying to help them in times they are frightened who are afflicted with the demonic. These people need to be sensitive, caring and know what they are doing. I personally would never want one person in my home that was not at the very least, true to themselves and true to who they are to be dealing with anything so evil and would undoubtedly think they would be a weak point in any spiritual warfare issue, even with something of less power. That, is just my own opinion. I have dealt with enough to feel very strongly on this end.


Let's hope at some point... I can truly retire from the fraud exposing one day....


By Evan Jensen. Producer of Beyond the Edge of Reality Network 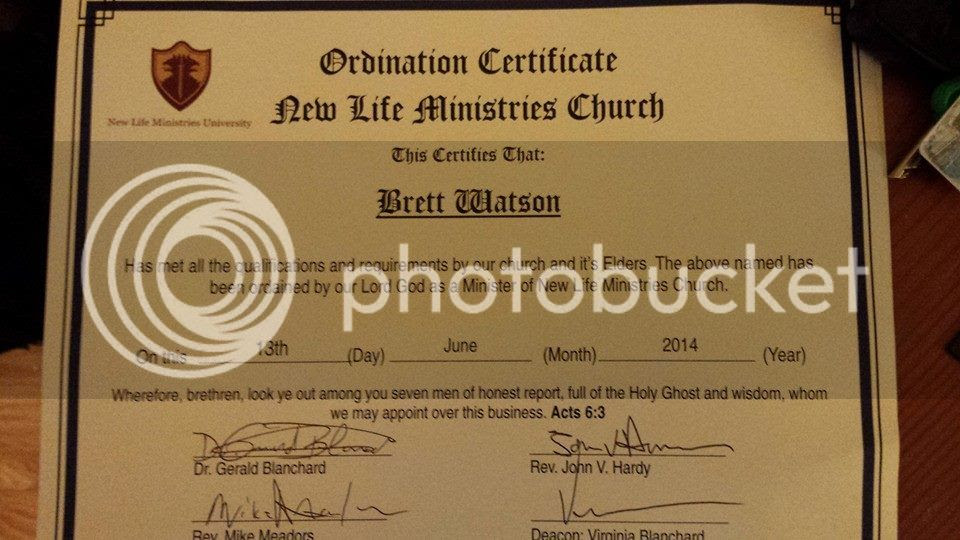 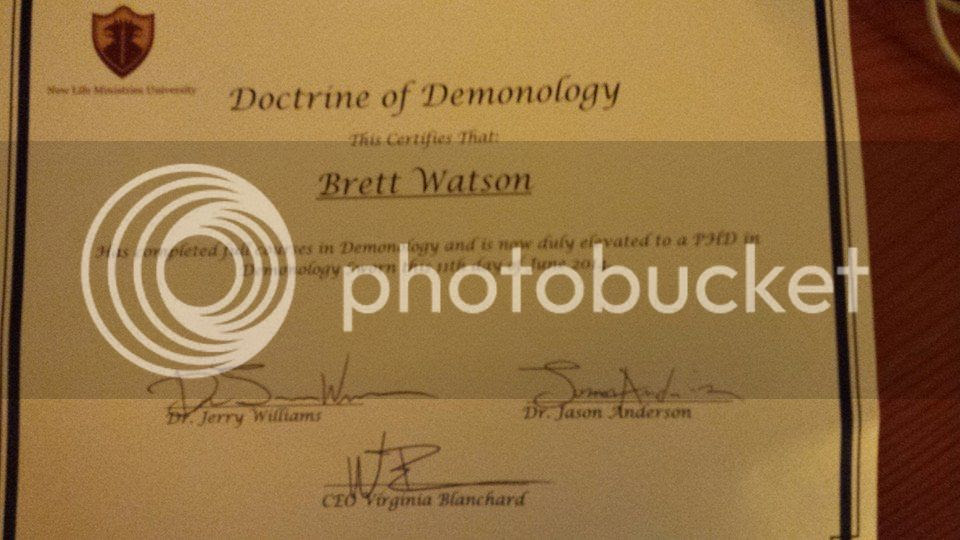 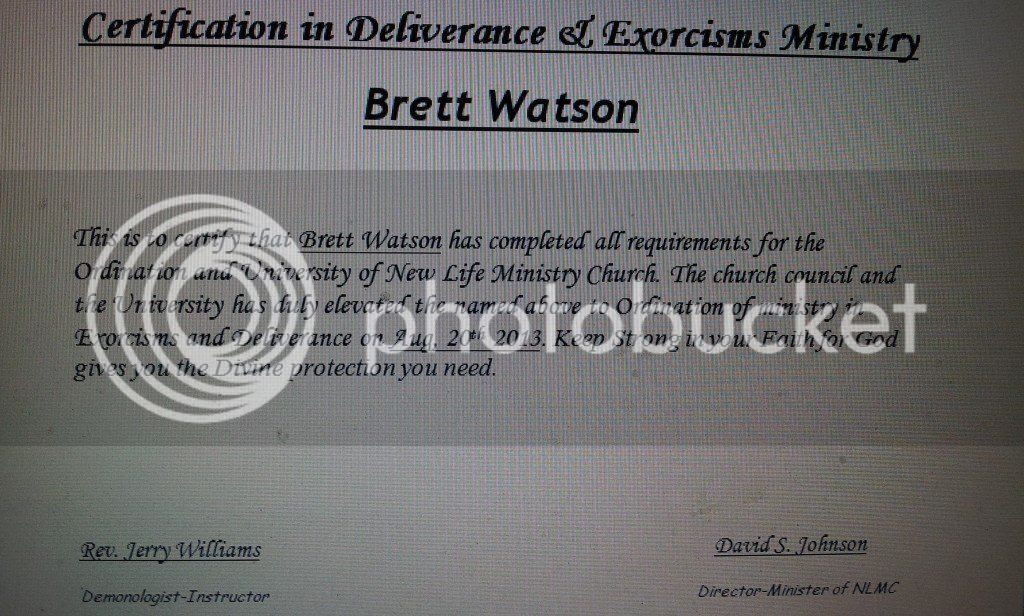 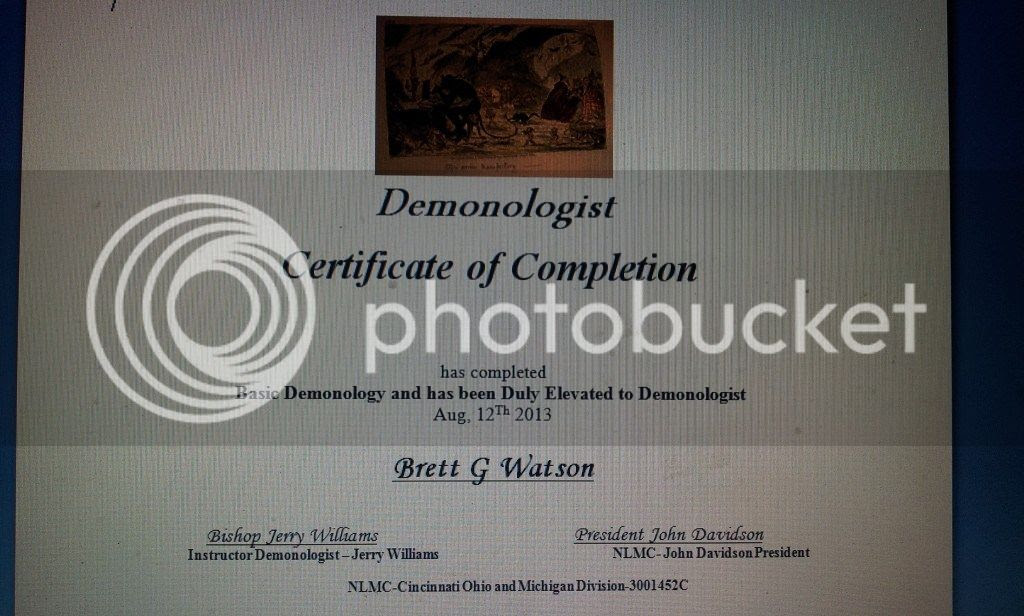