Sanity's Twin; Kissing up to the Devil 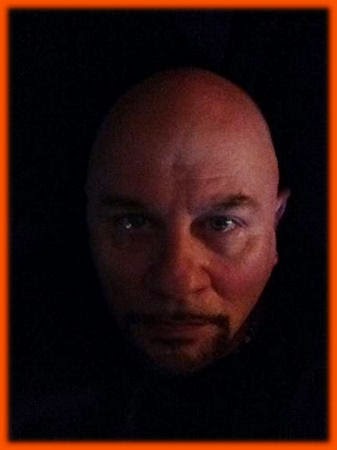 You know, you run into a lot of folks in the paranormal.  Most of them are fine and even if they exaggerate a ghost story, they are basically good law abiding people.  Sometimes, you run into some that are really bad and even down right evil.  The kind you know would be in jail if they got caught or at least serving community service for their decisions or perhaps others that should be locked in a mental hospital.  The other kind here are the ones that seem to be good, but, are not entirely and they cross the line into being supporters of those who are bad and they may even do things of an immoral nature and even against the law for the wrong reasons.  Aiding and abetting a criminal is usually thought of as a crime, especially in racketeering, fraud, and theft among other criminal charges.  So, it’s important to bring out the importance of the support network of these types of people that appear to be doing this, as there is a real risk of them being involved in something they didn’t realize they were involved in.

For some people, it’s a no brainer when other people are doing something stupid and crossing a line where it’s considered criminal behavior or unacceptable by social standards at least and behavior that is considered socially wrong.  For others, they tend to be ones that think that other’s behaviors do not affect them.  They do.  If you hang with a thief and your family and friends know it, they are likely to warn you, tell you not to bring this person around and even avoid you because of it.  It seems in the paranormal, people think that it’s some how different.  It’s not.  If you hang with immoral people that scam innocent people and steal items or money from others, (or any type of criminal behavior) it WILL reflect on you and it also shows your true character.  People will make assumptions about you by those who you befriend and especially by those you stick up for.

Now, on occasion I have friends that I’ll catch doing some criminal or immoral crap or actively supporting those that do.  Sometimes, they are friends of friends on Facebook.  One such person was friend of a friend who was David Rountree, a sound engineer from New Jersey and paranormal researcher/investigator.  He was a long time friend of Darlene’s from back in 2007 in her Paranormal Police days and a member of that group that did paranormal fraud exposing.  She actively supported him many times in the past and had with me a few times.  You see, he was a person I just did not like and didn't believe was on the up and up.  Sometimes, it’s just a hunch.  With him, he had been on my show before and I exposed him.  I’m not alone out there in how I feel.  David has a problem thinking he is far smarter then anyone else with his quantum theories and physics talk and tends to push his air of superiority off onto others rudely.  It appears for all his great superior intellect he only has 12 reviews on his book that is all about paranormal “technology”.  Intelligence is measured by how well you communicate with others more then how well you can pretend to rant about string theories and the mysteries of the universe.

I know at one point, David talked some crap about me to Darlene, because she told me so.  One thing about Darlene, she’s a very loyal friend and we are also fairly close.  You can’t get between me and her, it just won’t happen.  We think too much on the same page here.  So when David did this, it didn't sit to well with her for a while.  But, she refused to unfriend him.  I did tell her too… because she’s my friend and I didn't want her burnt and I usually do warn people.  Most never listen.

Billy, a tech guy for the radio show I do, made a video on his own of his cat and made it appear to float in the air.  Now, normally I just do not approve of people doing videos with an affect and then putting them out there allowing people to think it’s real.  He did a good enough job that the video went viral.  He did this as a test to see how people would react, especially his own team of paranormal researchers.  The guy is 23 and didn't really realize the response he would get from the paranormal world and it wasn't good.  However, the criticisms were predominately from people that were long time haters of me and there were a lot of people who believed the video until he let them know it was a test.

Now, one of the people that commented on Billy’s video was David Rountree who used the opportunity to slam Billy and attempted to link what Billy did on his own to me, my radio station and my co-host Darlene and use it to draw a conclusion that WE did this for attention.  Its old “they must be in it together” thinking like we all coordinate everything in sync with some ulterior sinister motive.  In reality, they know it isn't so and really do not care and use it to defame someone.  You will often see people doing this using flimsy excuses and off the wall conclusions that have more of a motive for their defaming comments then any real truth.

I hated to tell Darlene “I told you so.” But, it’s what happens that I have seen over and over.  People that have something to hide tend to oust themselves so many times with us we rarely have to go find them, they come to us this way.

At about the same time as this, David was promoting events of a certain person named Carol.  It turns out that Carol Malone featured formerly in The Eye on the Paranormal after injecting herself into a case of stolen property stolen by fake psychic Christina George while trying to convince the family they were demonic and also involves authorities, now appears to be also advertising and selling tickets to an event that she does not appear to have secured the venues first and to according to David Rountree’s post.  Carol appears to be saying people are being ripped off, but, she lays blame to someone else… but…

On closer inspection of the post it mentioned Haunted Entertainment. On the post for the event, it clearly has Carol Malone’s name on it and directions on how to get to the ticket site to purchase tickets.  This brings you to Carol Malone’s Event Brite ticket sales for her company Dark Side Entertainment.  Now the problem is, just as Ryan Buell’s events that were advertised and the venues never booked, these events (3 of them for Dark Side Entertainment) were asking for prepayment of 60 days before the event for tickets.  They also asked for a down payment of half of the VIP package.  ($350 and half is $175) This means, that people have no way to get refunds from Paypal or their credit cards if they cancel because more then 60 days will make them ineligible for refunds from them due to policies that Paypal and most credit cards have.  Not to mention stating a problem of selling tickets and people not getting refunds on the other person named on the poster by Carol Malone, who has already been mentioned in these blogs.  We are currently investigating this.

Please be aware of people selling tickets in advance of 60 days or more or asking for prepayment or deposits that happen way ahead of events and understand that if the event planner or management decides to cancel as they did with all the Ryan Buell events, you will have little recourse to get a refund of your money. Call the venues first and be sure they are indeed booked and paid for first before purchasing tickets. Personally, I would steer clear of the whole event.

As for David Rountree and his defense of Carol and promoting her event on his site and then later back talk about it behind Carol’s back while insulting Darlene yet again to her friend?  Well, he’ll have his own demons to deal with after this.

There is such a thing as integrity in this field and believe me, it is alive and well with many in the field that are yet great people.

If you want to know more about this article, check out the links below. 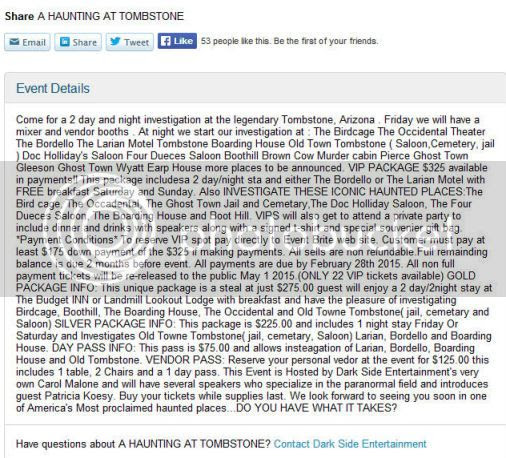 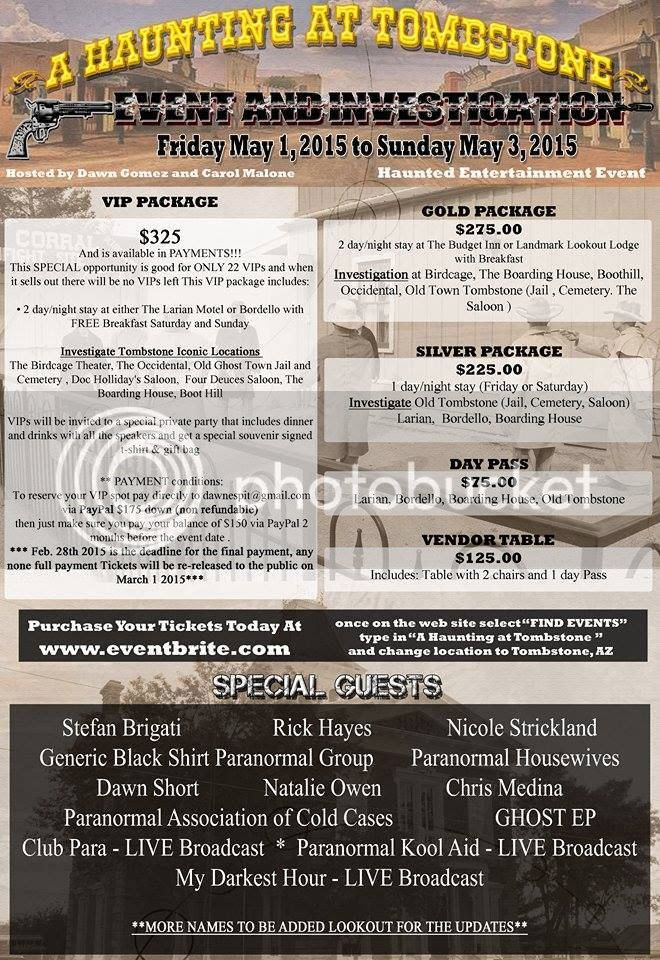 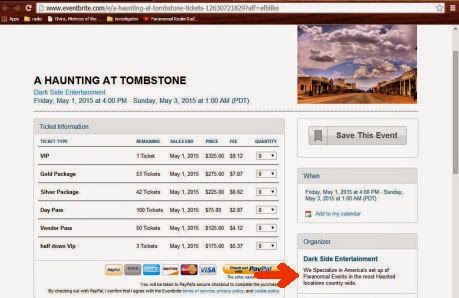 By Evan Jensen, Producer and Owner of Beyond the Edge of Reality Radio Network