In this groundbreaking new book, Is the Long Island Medium the Real Deal?, author and demonologist Kirby Robinson examines her claims of mediumship and what's on The Other Side. 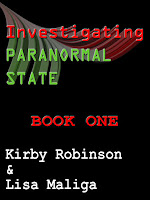 "Investigating Paranormal State" is the first book to take an independent look inside this paranormal reality TV show. The authors uncover both positive and negative elements. In their quest to reveal the foundation on which this show was built, they unearth some startling secrets. With a step-by-step analysis of every episode, the authors present the facts. They give voice to those present on the set ranging from production staff, former clients, and various para-celebrities.

Paranormal State's "I Am Six" episode is a perfect American horror tale -- for all the wrong reasons. It stars the ambitious founder of the Paranormal Research Society, an attention-seeking client, a bumbling group of paranormal investigators, a psychic-medium in search of ratings, and a rogue exorcist. 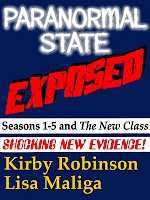