by Ushma Patel and Jamie Saxon, Office of Communications

With wisdom, honesty and humor, His Holiness the 14th Dalai Lama urged young people to take action to make the world more peaceful through compassion and service during a visit to Princeton University on Tuesday, Oct. 28.

"If you make [an] attempt now, this century can be more peaceful. [A] more happy world can be possible," the Dalai Lama said. But, he said, "you will not achieve it through wishful thinking."

The Dalai Lama, the most well-known figure in Tibetan Buddhism, participated in two major events on campus. In the morning in Jadwin Gymnasium he gave a public talk on compassion titled "Develop the Heart." He wore an orange Princeton baseball cap given to him on stage by the Rev. Dr. Alison Boden, Princeton's dean of religious life and the chapel, who introduced him to a crowd of more than 4,200 people.

In the afternoon the Dalai Lama joined 150 students and three faculty members in the Chancellor Green Rotunda for a conversation on Princeton's informal motto, "In the Nation's Service and in the Service of All Nations."

When the Dalai Lama arrived at Jadwin Gym, he blessed the campus during a rice ceremony, a Buddhist custom traditionally done when visiting homes to cleanse them of evil elements and bless them for goodness. On stage a sacred Tibetan painting called a thangka with a representation of Buddha and four disciples was displayed behind him.

Boden called the Dalai Lama a leading "spiritual and moral voice on a host of issues that concern the human family," including the environment, poverty and public service.

"This morning we are blessed to hear His Holiness's teaching on the subject of compassion, of cultivating loving-kindness within ourselves, so that it may radiate throughout all that we are, all that we think and feel and do," she said.

With the assistance of interpreter Thupten Jinpa, the Dalai Lama spoke about compassion and its place in the world, combining earnest statements with funny quips and his impish, infectious laugh. He mixed his own insights with those from ancient Indian and Buddhist traditions as well as modern psychology and medicine.

That concern for others, he said, is the essence of a meaningful life.

"Meaningful means [a] peaceful life. Peaceful means any action for your life is carried out with a sense of compassion, a sense of well-being for others. Then there is no possibility to harm others," the Dalai Lama said.

The Dalai Lama said he first learned compassion from his mother, who was "uneducated, but very kind." He recalled that she let him ride on her shoulders as she worked on a farm and let him manipulate her ears and change direction, without ever getting angry. "I was a young, spoiled boy," he said with a big laugh.

Practicing compassion, he said, includes respecting all religious traditions, and believers and nonbelievers. The Dalai Lama challenged modern society's materialism, as well as its emphasis on difference rather than sameness.

"Yes, we have differences — different professions, different family, education, also color, also faith," he said. "If we [have] more emphasis on sameness, [we have] no basis of quarrel."

Emphasizing the need for people to build "inner value," he said people must reflect, and then share what they learn from this reflection. "This must come from [an] individual," not the government, or even a spiritual leader, the Dalai Lama said.

"It is your responsibility. It is your opportunity" to actively try to make the world a more peaceful, happy place, the Dalai Lama said, addressing the younger people in the audience.

He answered questions about a variety of topics. When asked about the meaning of life, he jokingly said "money" before giving a serious answer about developing inner strength, living life honestly and building trusting relationships. In responding to a question about his happiest memory from childhood, he spoke about the affectionate relationship he had with his mother. Other topics included how to incorporate Buddhism into daily life, and the best way to practice forgiveness and how he resists hateful feelings toward China, from which he has been exiled (he said he separates the actor from the action).

"Forgiveness really means to try to not to have anger towards that person. Forgiveness does not mean you accept what they've done. … We can make a distinction [between] action and actor," the Dalai Lama said.

Asked about his biggest regret, he said he wished he had taken studying more seriously when he was a child and had no other responsibilities.

"You must concentrate for education," the Dalai Lama said. "Education is not just copying. You must analyze, [do] critical thinking. You need to read different books, different views," to form your own opinions and convictions.

Students have been participating in activities and lectures based on the Dalai Lama's visit all semester, and many students attended the talk, including sophomore Tiffany Cho, whose Buddhist grandmother had taught her about the religion. Cho said she was inspired by the Dalai Lama's message of "overall responsibility and generosity, to act considerately to others and to yourself."

Senior Nicky Robinson said he was curious to see what kind of message the Dalai Lama would deliver to a modern society so far removed from his teachings.

"If the world was as peaceful and compassionate as he is, it would be a different place," Robinson said. "As a religious person, you can imagine him preaching, but he was very conversational and [you could tell he] didn't view himself as superior."

During the afternoon, the Dalai Lama, three faculty members and 150 students selected for their engagement in service gathered in a more intimate setting, the Chancellor Green library.

The Dalai Lama's opening remarks focused on service. "If you do good for others, you get benefit, if you get harm to others, you harm yourself. … The real mover is love and a sense of concern and wish of well-being," he said.

Jill Dolan, the Annan Professor in English and director of the Program in Gender and Sexuality Studies, asked how people can best serve with "compassionate care" despite cultural differences.

Speaking through his interpreter, the Dalai Lama said: "When we talk about human connection and compassion, the focus is the person, not their culture. … The primary emotion at a basic human level is that of love; the secondary level is differences — that's where complex emotions like jealousy and competitiveness arise."

Mitchell Duneier, the Maurice P. During Professor of Sociology, and Eddie Glaude Jr., the William S. Tod Professor of Religion and African American Studies, also asked questions before the floor was opened to the students.

One asked: "Can arts be considered an act of service in and of themselves?"

"The promotion of understanding of [the] huge gap between rich and poor — the artistic way can be very powerful medium," the Dalai Lama replied. "Through [the] artistic way, you can carry more clear message: every human activity can be positive so long as motivation is good."

A student raised in Newark, New Jersey, said he felt limited in what he could do in the face of homelessness, crime and poverty. He asked how to maintain compassion and hope in such situations.

"What is important is to be cognizant of your own ability to make change in other areas, so you don't feel overwhelmed by these circumstances," the Dalai Lama said.

After the conversation, the Dalai Lama walked to the lobby, where two Tibetan Buddhist monks from the Sera Mey Monastery in southern India had built a sand mandala depicting the paradise of Avelokitshevara, the Buddha of Compassion.

The Dalai Lama blessed and prayed over the mandala before the monks, in a tradition symbolizing the impermanence of life, ceremoniously dismantled the mandala by sweeping the sand with small pieces of paper into a ceramic vessel. The monks later walked down Washington Road and poured the sand into Lake Carnegie, a tradition intended to carry blessings and energy throughout the world.

Sophomore Richard Peay said he was inspired by the Dalai Lama's understanding of service. "He confirmed my long-standing belief that service isn't just going to a poverty-stricken area and building houses; it's also the little things you do every day that show compassion, that brighten someone's day, even if it is just a nice hug."

Original link plus pictures here: http://www.princeton.edu/main/news/archive/S41/45/30S62/index.xml?section=featured
Posted by eyeontheparanormal at 3:19:00 PM No comments:

In a closed society where everybody's guilty, the only crime is getting caught. In a world of thieves, the only final sin is stupidity. ~ Hunter S. Thompson
The words of the victims should be louder than the criminals who sit behind concrete and steel. Rep. Mike Vereb (R., PA after the death of a police officer and what sparked off new legislation.)
Today is the day, where we bring out someones dark past and it is a history we think most folks will agree that should be told. Because... it appears some have alluded the confines of a cold cell by turning states evidence.
What is states evidence?
A colloquial term for testimony given by an Accomplice or joint participant in the commission of a crime, subject to an agreement that the person will be granted Immunity from prosecution if he/she voluntarily, completely, and fairly discloses his/her own guilt as well as that of the other participants. http://legal-dictionary.thefreedictionary.com/State's+Evidence 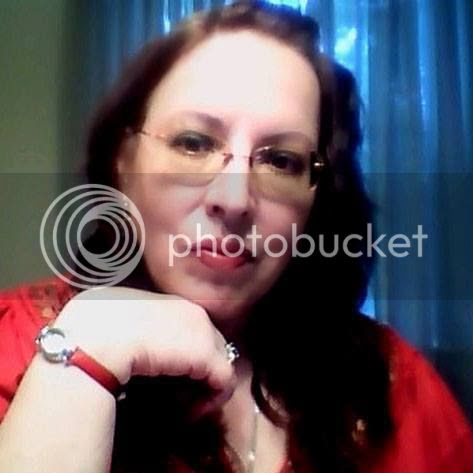 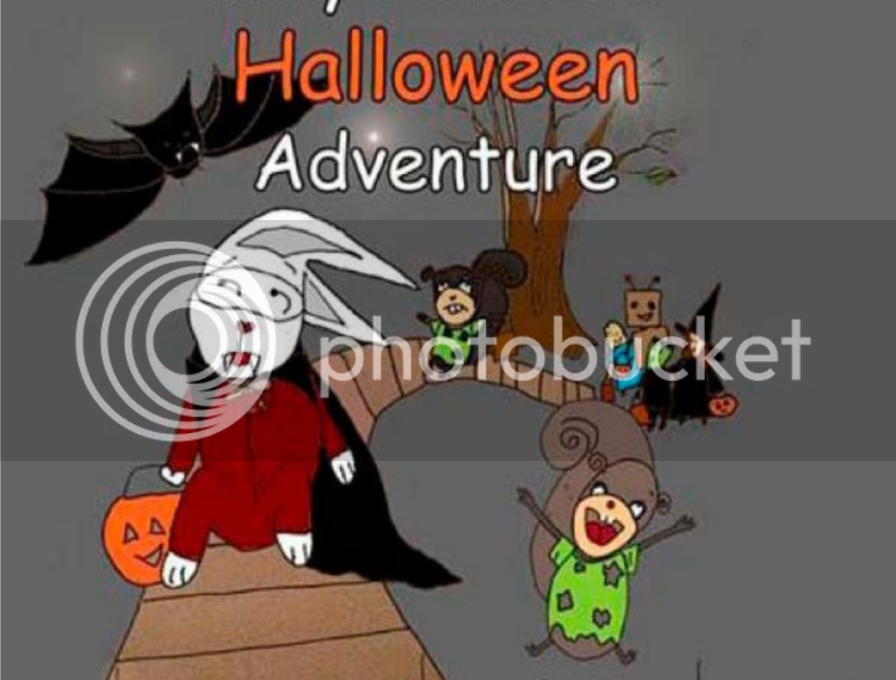 If you are looking to publish your book, well, I suggest NOT paying someone to do it for you. Generally if your manuscript is truly good, the publisher pays you. If you want more control, think about self publishing through Lulu (https://www.lulu.com/), Blurb (http://www.blurb.com/t), Create Space (https://www.createspace.com/) or through Amazon's Kindle (https://kdp.amazon.com/). There are some services available from these bigger companies, or do some homework and learn to market your own book. There are even ways to help you with the design of the cover. (Or just hire a REAL artist.)
When doing any book, there is a large amount of competition, especially in the paranormal world. But, be careful hiring a publishing firm that promises a lot and delivers little or even nothing. When inquiring on the owner of French Point Publishing's own Lisa Livingston-Martin, there is a reality in the low book review and obvious lack of sales of her own book. If they can not even sell their own books, how do you expect them to sell yours? And they expect a re-occurring fee of $50 a month for promoting? It would seem that is not their strong point.
Until next week...
Evan Jensen
Producer of Beyond the Edge of Reality Radio Network
http://www.beyondtheedgeofreality.net
Don't forget to check out our own blog links.
http://beyondtheedgeofreality.blogspot.com/
http://darksidedarksecrets.blogspot.com/
http://hauntedishpeming.blogspot.com/
Posted by eyeontheparanormal at 8:29:00 AM 155 comments: