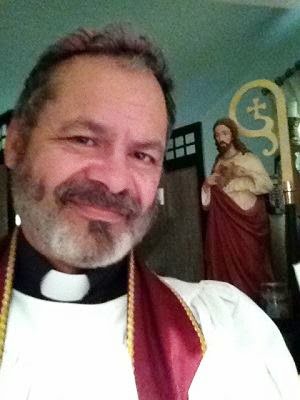 Almost everybody in the Paranormal Community ends up being a target at some point from internet bullies, being the dog eat dog world the Paranormal Community has become, but, nobody gets hit as hard as the clergy that offer services in exorcism, house blessing and just spiritual help to those who believe they are afflicted by dark forces. They are constantly dealing with a barrage of criticisms that have more to do with people criticizing a religion or beliefs that are not their own. I have on many occasion been told so and so of this or that religion who might be doing any sort of ritual that fights even slightest implicated evil is some how a fake. Many times, when I look into the situation, it is more of a complaint of “they don't do it this way like this religion” then any real fraud going on. I tend to take the stance of NOT BEING THE RELIGIOUS POLICE.

Now, don't get me wrong here, there are a good amount of fake exorcist and clergy out there in the field. Those who are fake, have ulterior motives. You can tell them fairly easy by their posts and what they put out there usually. Generally speaking, real priest do not spend a lot of time online. When you are doing good works that takes a good part of your life up and total concentration on such a constant basis, seeing the negativity on Facebook tends to be upsetting and discouraging, especially with seeing criticisms that are often fairly constant about their own work and even cruel insults that can be of a personal nature. However, that does not cover all individuals and everyone has a different tolerance.

This problem comes about mostly from the Roman Catholic stances or what people think are and often do not have any understanding of other Catholics besides Roman Catholicism. Often times, there are people pretending to have superior knowledge on such subjects as to intimidate those who might object to their criticisms of a clergy member or misstating facts many times deliberately. There are literally thousands of Christian religions and also probably that many pagan ones as well that have different beliefs in how to deal with evil forces or entities. Judging who is real or right is a matter of perception and choice and will mainly depend on an individuals background, culture and beliefs. Generally, clients stay within their own belief system when seeking help.

One such person that has been under repeated attacks is my dear friend, exorcist Archbishop Ron Feyl. People are saying that he is not ordained. Right on his own Facebook page, as easy as anyone can see is a history of photos that verify that he has been ordained for quite some time and in one photo, which is of a newspaper article, stands the Bishop who ordained him with a city official that was about an award of some kind years after his ordination while dressed in a priestly attire and of obvious younger years. In looking up the Bishop who ordained him, I independently found another person named as a Bishop ordained by him and the complete listed succession online. So how hard did these people look? Not very hard. They had it in their minds someone was a fake, so therefore, they are. I have yet to see one single fake anybody ever go through the lengths of photo-shopping pictures to make up a past. People that lie just generally do not have a past or personal information out there if they don't want people questioning what is there.

One such person that is questioning Feyl authenticity is a person who had past ties with Feyl's organization, “The Order of Exorcist”. However, this person took the membership and abused it by claiming he was an exorcist when he was not and merely only a member of the order which has paranormal investigators in it. Not only did this person named Brett Watson, fake his expertise and abuse his position with the order, but, he made his own order of exorcist being only a lay person with no real training in spiritual warfare. So he was booted out of the order and for good reason. Now Brett has an ax to grind. Well, it turns out that Brett teamed up with someone else, who tends to apparently take the Roman Catholic stance on everything and have little tolerance for other Catholics, yet, could conveniently overlook Brett’s own order of exorcist and seedy exorcist credentials?

Let's look at some of the other complaints here against Feyl. First off, there has been confusion of where he is from. I suppose if you never moved away from where you were born, you just would not realize a lot of people are born somewhere else then where they live their adult lives. Feyl is not Canadian for instance. There is an Ontario California. CA for California or CA for Canada confused some people. If you never talked to Feyl, you would never guess what state he is originally from. It's not California.

Someone said that their address for their church was in the middle of the road because that is where it comes up on Google Maps. I almost hit the floor on that one. When you have experience with truly investigating people, (I do for a job I do that is outside of any paranormal endeavor) then you realize that Google Maps is often wrong and can not legitimately know every address and rule them out because of such nonsense. If you look for directions to people's houses enough, you realize how off the Maps truly are as well.

First of all, Archbishop Feyl is not a Roman Catholic. Different Catholic religions have different tenets. They do not all follow Roman Catholic ways. However, even so, it is important to know some of the misnomers out there.

ONE: Ordination of a priest to the Roman Catholics is considered by God and therefore, once a priest, always a priest. The same goes for a Bishop, who then can ordain other priest. This is because it is thought that God does not make mistakes.

TWO: A Bishop does not need a physical building or church to become a Bishop or stay a Bishop. His jurisdiction is to be in charge of group people, which, an order of exorcist is. There is nothing in the New Advent (Roman Catholic encyclopedia very much used by Roman Catholics) site once so ever about Bishops being with a church or even assigned a church or building.

THREE: Exorcist are not always Bishops and even lay people can be ordained as exorcist under the right conditions or character and are not even always Roman Catholic.

FOUR: Roman Catholics acknowledge that even a lay person has the power to cast out demons with prayer if held steadfast in prayer under certain circumstances.

FIVE: Roman Catholics by their very nature have a hierarchy that must be taken into consideration when asking for a exorcism and are known for NOT doing exorcisms most times and do not usually like to deal with people who are of another faith at all. To get one is a lengthy proposition if they do one at all.

I could go on here, but, it would be redundant. Taking out our clergy that are needed in the paranormal field just because they are not Roman Catholic is ludicrous. I challenge people to show me a Roman Catholic priest or especially a Bishop who is going to work with the paranormal community to help people. You will be lucky to find one.

I did not find discrepancies in Archbishop Ron Feyl, only misstatement of facts by those accusing. It is important to realize that just because a website says something that; 1. Doesn't mean you can assume someone published the web page with incorrect information as anyone could have done so, and 2.  Doesn’t mean that you can always rely on that information as being solid and correct. The dates alone that some have reported as if lies told by the Archbishop of his ordinations are in fact wrong and therefore, not truly showing fraud at all. Just because you make a meme (picture with words made on the internet) doesn't mean it's the truth. It is easy to make up stuff and throw it out there against someone with no proof to back it up.

I'd like to add here that the Archbishop has been very forthcoming with the inquiry I have had with him, however, being I have respect for him, I will not publish his answers and will respect his privacy in this matter. I am not in the habit of going after priest unless there is clear reason to do so.

The fake priest and exorcist I go after are sex offenders or they are scamming and doing something much more then practicing a religion that others do not approve of. Like Brett who is involved with an online school for demonology and exorcists that certifies them when he had no real expertise or schooling or training to do so himself, let alone people paying him to train them and paying quite a lot for a sham.

There are other clergy members out there that are under the same type of attacks from people who probably don't really have the public's best interest at heart anyway. I was taught to have respect for men and women of cloth and to tell you the truth, I have respect for all religions and do not judge others as it should be. I completely resent people attempting to sideline me into this type of religious debate and then to act so self-righteous as to act like we allowed someone to get away, when the person who probably should not be getting away is the person cruelly and ignorantly making accusations all over the paranormal field behind so many people's backs. So maybe Ken Deel can answer for own own actions and explain to people how he only stands behind Roman Catholic ideals and have been behind much of what Brett has been saying and him as well not only of attacks against Archbishop Feyl, but, other non-Roman Catholic exorcist while ignoring Brett's own shortcomings (who is NOT a Roman Catholic or even a Catholic). There is no room for bigots in spiritual warfare.

Sorry Ken Deel, I AM NOT THE RELIGIOUS POLICE... apparently that's your job. Nothing is worse then people making a stink and not wanting their own name involved in it.

I will always be protective of our clergy and for good reason, I know what is out there.

By Evan Jensen, Producer of Beyond the Edge of Reality Radio Network. 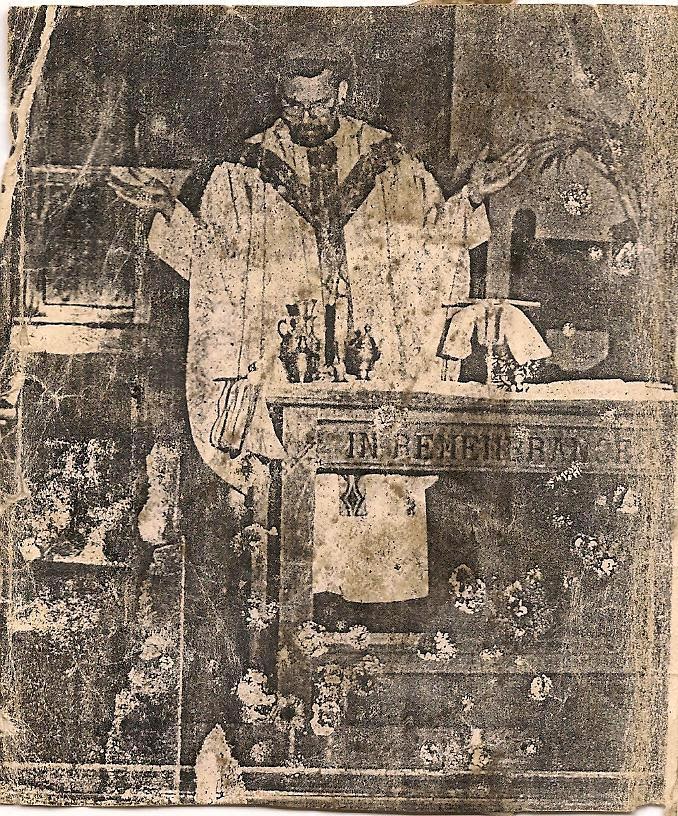