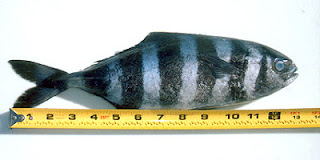 
For some time now, my colleagues and I have worked to expose these so called, "Celebrity Psychics”, for what we believe them to be; unrepentant predators that prey upon the emotionally and financially bankrupt.
Now before you hard-core believers pounce, I am not suggesting psychic abilities are out of the realm of possibility. I am simply stating there are opportunists with financial agendas that know no ethical or humane boundaries. Those are who we target and why we attempt to expose them.

Evidence of their corruption to me would be found in the answers to these questions.  If some do possess genuine psychic gifts, wouldn't it be an affront to their God to exploit those for cash?  Call me naive but I have incessantly pondered that question.  Also, if they must charge why not ask for a donation at the readings completion? A, "You get what you pay for," type of agreement? All right, I suppose that last question was somewhat rhetorical.

At any rate, in my efforts to pursue these dominate predatory sharks I failed to consider the impact of the minor, self-professed, "Psychic”, bottom feeders that swim alongside them.  You know those slimy pilot fish that are insignificant in comparison to the likes of Coffey or Caputo but depraved parasites nonetheless.

Now I admit discounting these infinitesimal trash fish was a mistake on my part. Although perhaps pardonable since they do take cover quite nicely within the shadows of larger prey. In any event, they are hidden no more.  There should be absolutely no distinction between these calculating charlatans. Both leave countless emotional casualties within their wake inasmuch, financial ruin for many of those victims.

With that said, allow me to relay a recent encounter I had with a supposed psychic.  In November 2012, my friend approached me with a desperate favor. It seems her 87-year-old father was murdered.  He was found hanged in his barn by an unknown assailant(s).  What's more, the Coroner reported it took him a minimum of ten minutes to expire and documented it.  This was apparently due to the lack of fractures or breaks within his vertebrae. With this tragic news, she asked if I was aware of any worthy psychics, she could seek for answers.

Reluctantly I informed her I only knew of those on Facebook who claimed psychic abilities. Hoping to detour her I also advised her they offer their services at a substantial cost with no promise of results. Despite my efforts, she remained motivated. She asked if I would read off a few names and I hesitantly complied. She stated she would then choose what name, "spoke to her.” It is this level of thinking I refer to as, "The first drop of blood in the water.” You may as well start humming the score from Jaws.

Anyway, after I rattled off ten or so names she finally agreed on one.

Psychic Medium, Joanne Browne ghostgabbers2004@yahoo.co.uk Website http://mediumjoannebrown.webs.com/ A psychic who just happened to be available for readings at that time. Believe me, this coincidence did not go unnoticed by my friend and only cemented her decision. She went on to say that, she also chose Ms. Brown in part since she once worked with a Joanne in the early nineties. With that assertion, my protective nature kicked in to high gear and I could not allow this to go any further.

I asked my friend if she would offer me a some time to check this Joanne Brown out before she went any further.

I felt she was just too desperate and vulnerable to make decisions at that time. How I would go about investigating this woman, I was not certain but I knew I had to act quickly. That I did. I contacted Ms. Brown online and stated that [I] wanted a reading instead of my friend.

From the jump, this was an awkward experience for me to say the least. In fact, one of her first comments to me was how she was suspicious or confused about my intentions. It seems she was surprised that I was serious about actually wanting a reading. It is not that I did not believe in her claims of psychic abilities. In fact, I was totally prepared to offer her a fair shot. Though one must admit after reading this that it is comical her initial inclinations were the only correct psychic premonitions she offered me.

Anyway, instead of detailing my experience with her first hand, I have attached the email I was compelled to send Joanne Brown.  The email has been condensed for time and space purposes but I think you will get the point.  I hope that you will be just as appalled as I was.

Ms. Brown,
You may recall our recent online encounter.  We spoke Friday, November 16 at 4:24 p.m., New Mexico time.  During which time you gave me a psychic reading after informing me your fee was $20.00 (USD) for 45 minutes.  Do you recall our encounter?  If not, allow me to refresh your memory.

A bit of advice?  It would certainly behoove you to read the entirety of this correspondence.

First, at precisely 4:30 p.m. you began your psychic reading. Near this same time, 4:34 p.m., you began chatting with your Facebook friends corresponding with them several times.  Not very professional but then again there are larger issues here that I need to address.

Now, I'm certain you can agree that never at any point during this read did you offer me one piece of accurate, precise or valuable information.  Evidence of that last statement would be found in your panicked proclamations to your Facebook friends demanding help.

Next, I am not certain which part of your reading I was more confused by.  You finally asked, "Do you sing?”  You asked that question out of sheer desperation I am certain.  After all, who doesn't or didn't sing once in their lives?  On the other hand, the fact that you informed me that a man in an asylum was following me.  Seriously, Ms. Brown, what if I were mentally fragile? How do you suppose that statement would have affected me?

Second, while you did claim phone issues, you were absent without leave for 43 minutes during our entire 45-minute conversation.  In addition, these periods do not reflect the incessant pauses on your side of the conversation.  See times below.

Okay, so I have been allowed to vent.  Thanks for your patience.  Now allow me to get to my point. As you know, my name is Michael O'Brien.  What you might not know is that I am a Paranormal Correspondent for several sites throughout the Web. Many of which you may be familiar with.

In fact, over the past year we have been working on an article whereby exposing fraud within the psychic community. Inasmuch, the disastrous effects their behavior can have on the fragile human psyche as well as their checking accounts. Now, while you are in no way considered a heavy psychic hitter, we are seriously considering you. Here is why.

While yes, you failed miserably throughout the entirely of your reading. While yes, I adamantly believe your telling another that someone dead in an asylum was somehow interested in them was beyond reprehensible. While yes, you were intermittently involved with this reading time wise. I can honestly say the part that offended me the most is that you took someone else's money, offered absolutely nothing of merit in return and NEVER so much as offered an apology, let alone any other concession.  A new reading, a refund?  Nothing. Your silence to was akin to, "Thanks for your cash, now get lost."

Ms. Brown, all you had to do was apologize to redeem yourself or maybe even offer a small concession but you could not offer something as basic as that.  I am not certain I understand, can you not feel shame or regret?  In any event, enjoy our $37.00 euros.  Personally, you cost me nothing other than my time.

Ms. Joanne Brown's response to my email eight days later was, "I'll refund you asap.”  Nothing more though I did thank her.  However, what happened next surprised even me.

Instead of refunding my meager twenty dollars, Ms. Joanne Brown chose to block me from her page and pulled her "Psychic Medium," proclamation from her name.  She is now, "Joanne Brown, Ghost Hunter”, the last I checked.

While I do despise repeating myself, to me Joanne Brown is the antithesis of these, "bottom feeders”, I referred to. Remorseless sponges who prey upon both the hopeful and the hopeless equally. Truthfully, I am uncertain which is more pathetic.

Too harsh of an assessment you say? No, the fact that this woman hid like a craven when confronted with her ineptitude and deception speaks absolute volumes. She reacted just as a cowardice predator would.  Trust me when I say I am quite familiar with them having studied these people for years. However, I will admit I am perplexed as to why she sold herself out for the cost of a couple of Long John Silver Value Meals.

As for my friend? She is absolutely dismayed and exists without any hope for answers. She knows her dad is dead and she is forced to move on. She is aware her father suffered terribly but she will need to simply deal with that knowledge. She also realizes she cannot trust her instincts any quicker than she can trust a psychic. However, on an up note, it cost her nothing financially to learn that lesson. Somehow, I do not think that fact brings her any solace whatsoever.

In closing, I understand Ms. Brown has some staunch supporters out there. Interestingly enough most of them believe they too are powerful psychics. To those I say I would greatly enjoy it if you responded to this post and rallied in defense of your psychic friend. After all if history is any predictor, Ms. Brown will duck and cover as opposed to tackling any of these accounts on her own behalf. With that, she will need all the help she can assemble. Apparently, spines are not as easy to come by as PayPal accounts are in this day in age.

Now, if you are at a loss for ideas perhaps you can explain to our readers the concept of, "Even gifted psychics can have an off day.” Alternatively, maybe you could riddle us this. Why Ms. Brown contracted a 45-minute reading yet provided only minutes of that? Better yet, feel free to justify why your psychic friend felt so entitled to another's hard earned cash she wasn't willing to offer an apology let alone a refund. I would also like to hear your thoughts on ethical responsibility.
Posted by eyeontheparanormal at 7:40:00 AM 189 comments: