The Separation Of Church And State Of Mind 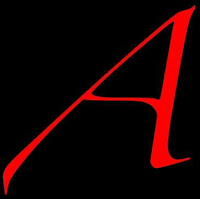 According to a recent CNN poll 1 in 4 young American people are currently, "unaffiliated," with religion. Additionally, a staggering 59% of young adults ages 18 to 29 with a solid Christian background have left the church all together.

When asked why, the most common responses cited by today's youth (depending of course upon their individual belief system) regarding their choice of theological separation were that:

Upon my interviews with the 18-30 demographic (which was in no way scientific with less than 150 subjects) I noted the same criticisms. However, I was afforded clarifications. Here are some expansions offered by our participants I felt noteworthy due to their repetition and consistency. Out of respect and professionalism I've excluded the profanities.

● "As a good Christian I was told by my Bishop at 14 that I needed to actively shun homosexuals, liars, thieves and adulterers but pray for them. That they alone were the root of all evil. At 16 we found out that my Bishop was every one of those. It knocked the wind out of me, and the religion too." Karen D., 19

● "If I'm forced to demand proof in my work, my field, science, I'm going to demand it in a religion. "Believe it because I said so," just doesn't fly anymore." Devon M., 28

● "It has been my experience that the more religious, especially political and religious you claim to be the more corrupt you are." Peter P., 22

● "Christianity (prayer) never offered me any real answers to my issues. However doctors, psychiatrists and pharmaceuticals did. Science saved me, a deity
did not." Sam R., 25

● "I am sick to death of all of this puritanical BS! Where are all of these religious people at the local shelters or local food banks that I volunteer at every weekend and twice during the weekdays? Not there that for sure!" Tracy O., 24

● "I was raised Mormon. My family was expected to faithfully offer the church 10% of our gross earnings even when we couldn't. Now 20% is required to remain in good standing. Someone please tell me, why does it cost money in order for (this) God to like, accept or respect me?" Tammy A., 22

● "I can't come to grips being force fed that I'm supposed to worship a God who is more consumed with who I've chosen to love instead of who I've chosen to hate or harm. Why is it that I'll be forgiven for deliberately hurting or even killing another if I find Christ and ask for forgiveness but not for being gay?" Melinda Z., 21

● "Personally I'm bored with tradition and ceremony. I don't enjoy it at all. Besides, I think the only difference between being a religious person or being a spiritual person is that one person who is more willing to give up a Sunday." Timothy K., 27

● "My parents were hell fire Baptists. Every Sunday I remember thinking, am I the only person who thinks it's weird to force a kid to believe in an all powerful, unseen yet ultimately anthropomorphic entity who I should fear at all times with every fiber of my being? Also one who can't cure my MS but can apparently take Sunday attendance? Get real." Katelynn B., 24

● "The second I find out that someone is a preacher, priest or bishop I'm automatically suspicious. I don't mean to be but I can't turn on my TV anymore without hearing about one of these guys lying, manipulating, cheating, stealing money or molesting a child. If that's the godly level I'm supposed to be striving for then it's no wonder I'm a freaking atheist." Jacob L., 25

● "If I'm to understand this racket, God only focuses on what I do wrong and how he'll eventually punish me in eternal hell. And this is supposed to motivate me how?" Ally G., 18

● "I really don't get this whole Christian or Catholic thing. I think it's about a bunch of self righteous zelots who pick & choose what biblical passages we should all live by. But then gloss right over those passages that allow me to own slaves & beat adulterous women to death with rocks. I especially don't get the part where their God says do not judge, that's my job, but they ignore him anyway. Isn't HE supposed to be their authority? I swear they're more confused than I am. #toomanychiefs" Victoria R., 19 (this portion was extracted from an extended email by the author).

In the studies on atheism I'm familiar with it would appear many younger people are literally screaming the church is suspect if not outright hypocritical and outdated. With that, they seem to feel they are being forced to choose between their intellectual integrity, ideology and their faith. Unfortunately, at 59% intellect may be winning that battle.

I should quickly add this compilation of data gathered isn't offered solely by pollsters but by churches as well. Churches themselves report a substantial decline in attendance based upon baptismal records and their current congregational attendance. Some churches have even reported a variance as substantial as 69%.

We're all aware of the strict traditional stances of the church so what is fueling this sudden separation between church and the newest generation's state of mind? Are our youth seeking a greater education and spiritual understanding while the church seems content resting upon their standard catechism? Or are our youth genetically programmed to question everything about the generation before them? After all, there is substantial evidence that each generation brings with it deeper philosophies and greater knowledge. Evidence to that would be found in how even our generation (40+) perceives the generation of the 1960's.

While there are countless reasonings offered, I believe the true premise to this epidemic is that men of God are no longer respected leaders in our moral and ethical universe. And those that are have been undeniably sullied by the others.

Based upon documented hypocrisy, most have failed in their calling to become a moral compass for any of us. It's also unfortunate that these well known, so called, "spiritual leaders," have become the poster boys of modern religion. Listed below are only a few examples of my hypothesis.

● Westboro Baptist Church - who's premise is anti-gay and regularly frequents military funerals to mock the deaths of fallen heros.

● Reverend Gerry James - charged with misapplication of insurance funds of $450,000.00, DUI and possession of marijuana.

● Pastor Eddy Long - an anti-gay preacher who won the top 10 Worst Pastors In America for underage homosexual assault and misuse of funds by The Preacher Bureau of Investigation.

● Priest Eric Dejaegar - who served a five-year sentence beginning in 1990 for nine sexual assault charges of boys and girls ages 9 to 14.

● Preacher Travis Smith - charged with the molestation of under aged girls.

● Bishop Anthony Jinwright - who will spend the next decade in prison as punishment for more than 2 million in tax fraud.

● Reverend Peter Popoff - a televangelist found wearing an earpiece so that his accomplices could feed him personal information on people in his audience while he was claiming to get those personal messages directly from God.

Now scramble this knowledge in the mind of a spiritually confused or emptied person. Just look at the messages they send and what children may take from them. Obviously I could have gone on for pages with documented accounts of clergy gone bad but I won't. However, I will say the behavior of Catholic clergy alone would have turned this report into an exhausting novel.

This is what our youth are dealing with daily so is it any surprise that like untamed energy they've decided to take the path of least resistance? Again, I'm reminded of Karen D., age 19 who submitted:

"As a good Christian I was told by my Bishop at 14 that I needed to actively shun homosexuals, liars, thieves and adulterers but pray for them. That they alone were the root of all evil. At 16 we found out that my Bishop was every one of those. It knocked the wind out of me, and the religion too."

Face it, the youth of today not only out educate these false prophets on the pulpit but when it comes to purity, social equality, fairness and open mindedness, they obviously feel confident being their own spiritual guides. In their epiphanies they have chosen to abandon organized religion and have either opted for apathy, atheism or to simply exercise their spiritualism independently. Religious home study and volunteerism appear to be an option since both are steadily on the rise.

Apparently this isn't just an unfortunate U.S. movement. In 2005, a WIN-Gallup International poll was submitted and was based on interviews with 50,000+ people from 57 countries and 5 continents. In this poll participants were asked, "Irrespective of whether you attend a place of worship or not, would you say you are a religious person, not a religious person, or a convinced atheist?"

This poll entitled, "The Global Index of Religiosity and Atheism," found that the number of Americans who say they are "religious" dropped sharply from 73% to 60%. Listed below is some surprising and interesting additional information on what their study returned.

● Besides Vietnam, Ireland had the greatest change in religiosity, down from 69% to 47%.

● The most religious countries are in Africa (Ghana, Nigeria and Kenya), South America (Brazil and Peru) and Eastern Europe (Macedonia, Romania and Armenia).

● Countries with the same percentage of atheists as the U.S. are Poland, Moldova and Saudi Arabia.

Each of these reports are disturbing to say the least and they would seem to ask these questions.

● "Are we becoming a godless nation?

● "Is religion itself the problem or is its representation?"

● "Can the youth of today return to a salvationist belief and abandon their fringe philosophies? If one can call the absence of faith a philosophy."