In Tibetan Buddhism, a Bodhisattva is anyone who is motivated by compassion and seeks enlightenment not only for him/herself but also for everyone...

“For as long as space endures
And for as long as living beings remain,
Until then may I too abide
To dispel the misery of the world.”


A Guide to the Bodhisattva's Way of Life 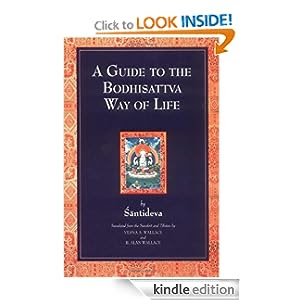 Posted by eyeontheparanormal at 8:02:00 AM